A website is an amazing tool for any business.  Whether you are selling items, providing a service, or simply trying to heighten your exposure offline and online, a website is the perfect tool for getting the results you want.  Here at GAL Inc, an internet marketing and web design company in North Jersey, we provide the expertise needed to create and develop the ideal web page for you and your business.
At GAL Inc. we do much more than built a website for you.  We will first sit with you and plan a strategy for your website.  We research what your company does, what it offers, the customers you are trying to attract, and check what locations you are likely to attract customers from.  All of this information is vital to making a successful and profitable website.  Once we have all the information we need, we will quickly begin working on your website from the ground up, and we will keep you posted of any developments and inquiries we have for you.  Our attention to detail in web development and the professionalism we share with our customers makes us the destination for web design in North Jersey.

Beyond design and development, we also can optimize your site by applying our knowledge of internet marketing and SEM/SEO, which in turn will optimize your business as a whole.  After taking an in-depth look into your business, we will then use the information to do marketing research, viral marketing, strategic planning, and other methods to increase traffic to your website.  We will also manage your social media and networking, making sure you exposure online is at it's peak and fueling your customer base.  GAL Inc prides itself on how it manages and executes internet marketing in NJ.

With all of our tools and services, combined with our professional and skilled team of developers, designers, and researchers, GAL Inc is the company to call when you need to gain an edge in your business.  Call us today or visit www.gal-inc.com for a free estimate, and we'll be more than happy to speak with you and get you started on the path of generating more business.
Posted by GAL Inc. at 1:07 PM 8 comments: 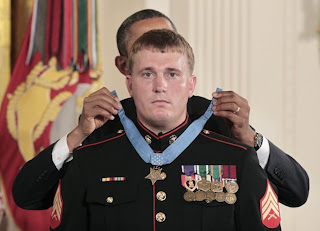 On the front page of the Friday The Star-Ledge, only a week passed from the 10th anniversay or September 11, Marine Dakota Meyer accepts the Medal of Honor.  As the 23-year-old Marine veteran was dressed with medals weighing on his chest and praise from his Commander in Chief, friends, family and thankful Americans, Meyer considers his accomplishments a failure.  On the morning of September 8, 2009 Dakota Meyer recovered the bodies of four fellow Marines, but believes he could have returned home with his comrades alive and well.  The first Marine to receive recognition in close to 4 decades, Meyer was humbled by the honor.  Rather than soaking in the spotlight of attention, Marine Dakota Meyer wanted to honor and remember the friends he lost that day.

The Kentucky native now works for his cousin's construction company, and - ever-loyal to his tasks - asked President Barack Obama to call back later during his lunch break as he was on the job at the time he received the call.  At Meyer's request, the Marine met with President Obama for a beer earlier. 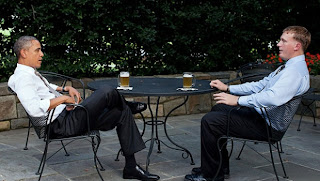 On September 8, 2009 Dakota Meyer (a 21-years-old corporal at the time) was waiting for orders in northeastern Afghanistan.  Told to stay put at least 4 times by outranking officers, Meyer chose to charge through enemy fire to rescue fellow Marines, American soldiers and Afghan soldiers who were ambushed by insurgents.  After firing a gun truck's turret machine gun, Meyer killed at least 8 insurgents and carried his wounded comrades to safety.  National security correspondents local to the event say Meyer saved the lives of 13 American Marines and soldiers and 23 Afghan soldiers.

Remembering Lost Heroes - A Decade After 9/11

On September 11, 2001 American experienced an attack that most people would not have been able to foresee.  Nearly 3,000 lives were lost and as a country America instantly bonded together to heal sorrows and to thank heroes who risked their lives to save others.

Ten years after that unforgettable day, a State Police honor guard stood at the ready during a memorial service at the R.J. Hughes Justice Complex.  In remembrance of the lives lost a decade ago, Evelyn Harrity sung The National Anthem as Dean of Rutgers Law School, Jon J. Farmer Jr. and Public Defender, Charles B. Mckenna stood with Chief Justice Stuart Rabner and N.J. Director of Homeland Security and Preparedness, Paula T. Dow, with their hands over their hearts.

Throughout New Jersey and across America, commemorations continue to heal still-deep wounds as U.S. citizens reflect on the heroism of first responders, firefighters and everyday citizens who became leaders.  Among the most meaningful memorials, The National September 11 Memorial & Museum at the World Trade Center Foundation opened to the public, issuing nearly 7,000 tickets to mourners and patriots.  The accompanying website, 911 memorial, gives families and friends a way to plan a visit to the WTC Foundation and see a virtual tour from birds-eye views of the memorial or read unforgettable 9/11 stories.  Donations to the 911 memorial are accepted year-round and a name locator will help families and friends navigate the memorial to find a victim's name and learn more about how the names are arranged.

For at least one day, every American puts aside his or her partisanship and reflects for a moment.  We remember, pray and show our patriotism.  September 11 transformed America's national identity, and we are thankful for the international 9/11 memorials that unite us as citizens of the globe.  Many of us may feel a certain missing piece in our lives still.  We will never forget where we were when we heard the news, but most importantly we will never forget the leaders, heroes, friends and family members who were brave for our nation.
Posted by GAL Inc. at 7:50 AM No comments:

What does a business need on the internet?
A business has to look good, be found, and have the ability to monitor the traffic to its web page. For a decade, Gal-inc has gained precious knowledge and experience in the ways to get to the top of internet search engines, and stay there. Our focus is to have our customers get a return on their marketing investment. 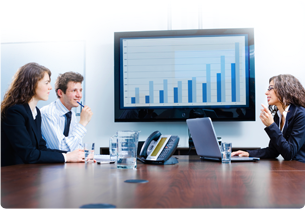